"Yerevan Drums" was founded in 2009 within the framework of “Erebouni- Yerevan 2791” events jointly with ex-mayor of Yerevan Gagik Beglaryan, head of “Sharm Holding” Ruben Dzhaginyan, founder and General Director of “Menq” Foundation for Popularization of State and National Values Pavel Sargsyan and specialists from Ukraine Alexander Garkavi and Sergey Bravarnyuki.

Now the band comprises 2 art directors and 13 drummers, who were selected from musical and public schools of Yerevan. Drummers are teenage girls from 15-23 years old who have a sense of rhythm, musical education and are artistic.

Performing skills of the band develop through practice, and the stage looks is ensured by a number of professionals in this sphere.

“Yerevan Drums” is the unique band of this kind in our region and we can guarantee festive atmosphere for every event, festival and holiday.

In 2015, from April 19 to 25, in Cairo, the capital of the Arab Republic of Egypt, “Yerevan Drums” took a part in the international percussion festival conducted under the motto “Drums Dialogue for peace”.

In 2014 from August-30 till September-9, in Moscow, the capital of the Russian Federation “Yerevan Drums” participated in the “Spasskaya Tower” international festival of military music, which was held in the “Red Square”.

Participation in Republic of Armenia.

Since 2009 up to date “Yerevan Drums” has taken part in almost all state events and holidays, particularly in events dedicated to “Erebouni–Yerevan 2791-2798” anniversaries and “Day of the State Symbols of RA” on 2010-2017 where the drummers led the traditional procession. At the “Golden apricot” Yerevan 11th international film festival. They also took part in the projects dedicated to the 20th anniversary of Independence of Armenia and Armenian Army, “Junior Eurovision 2011”, the opening ceremony of FIDE women international tournament, etc. 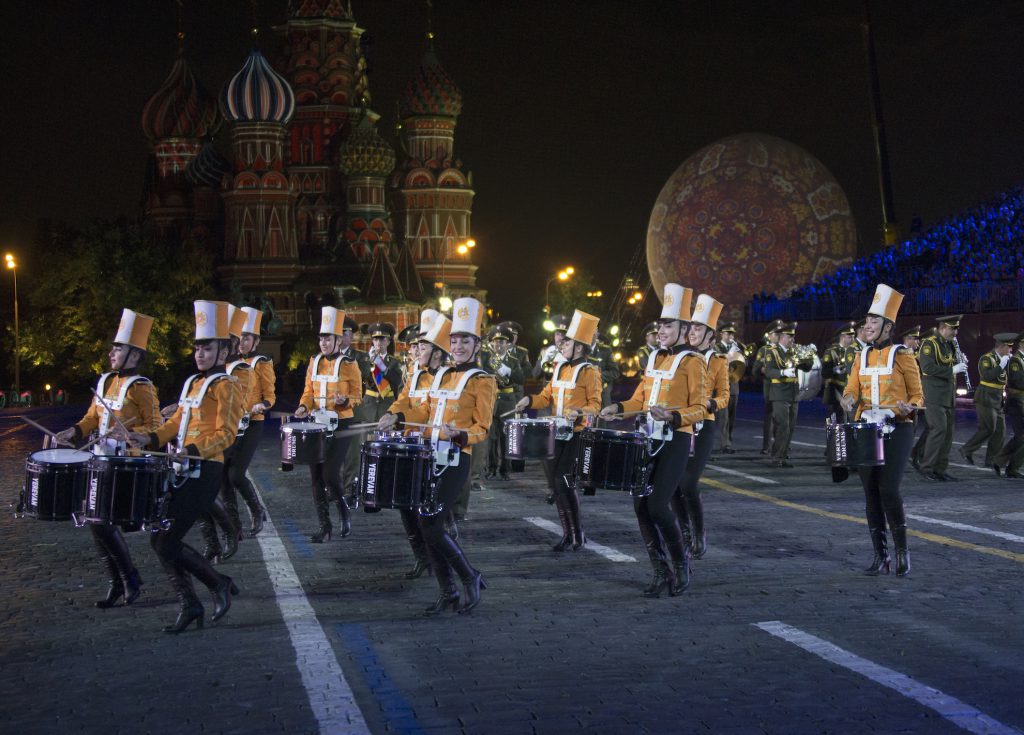 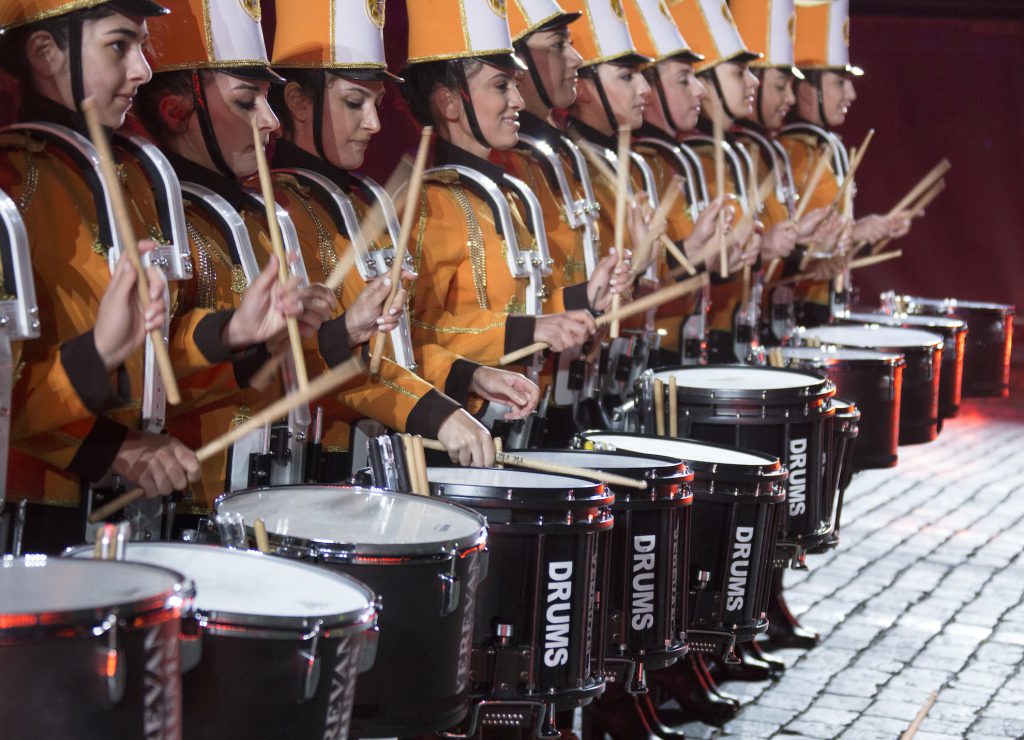 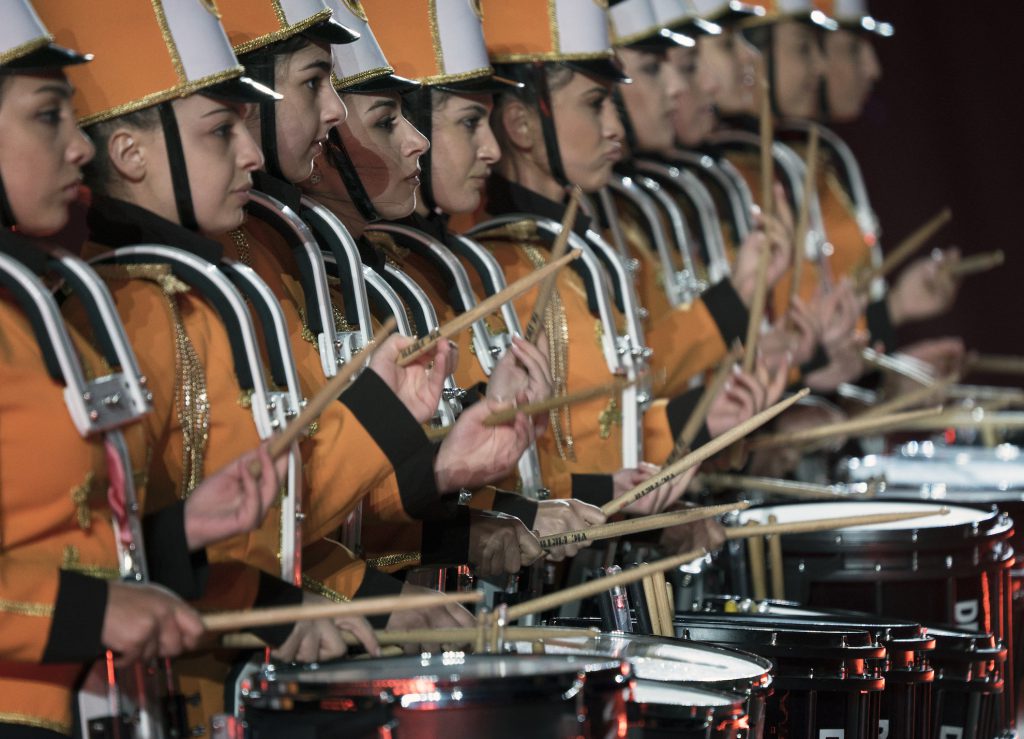 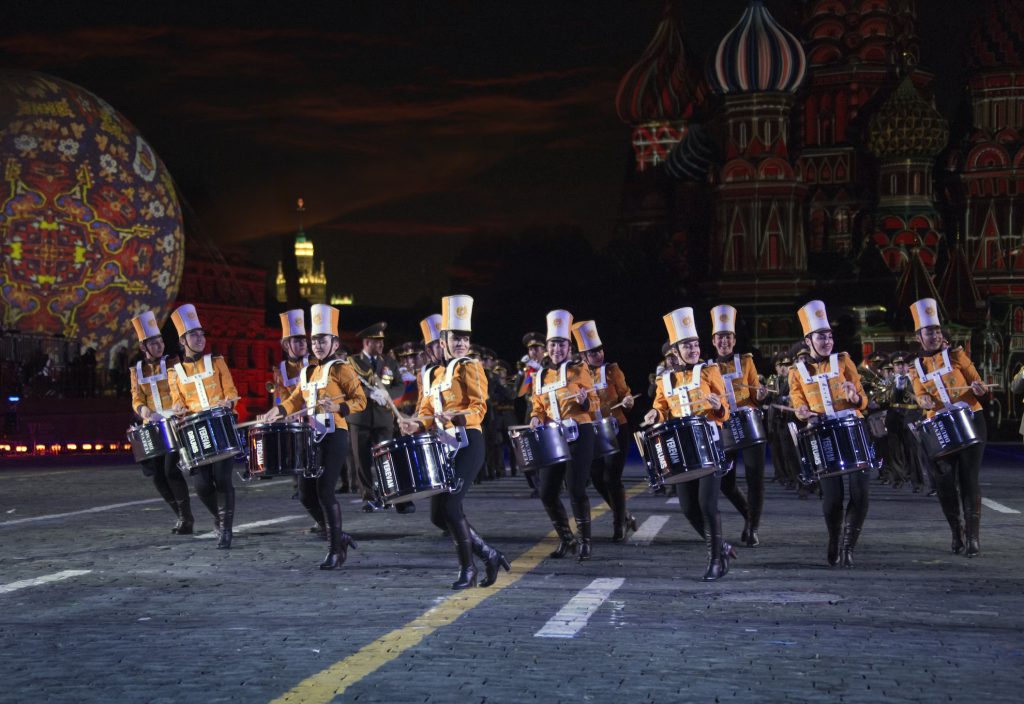 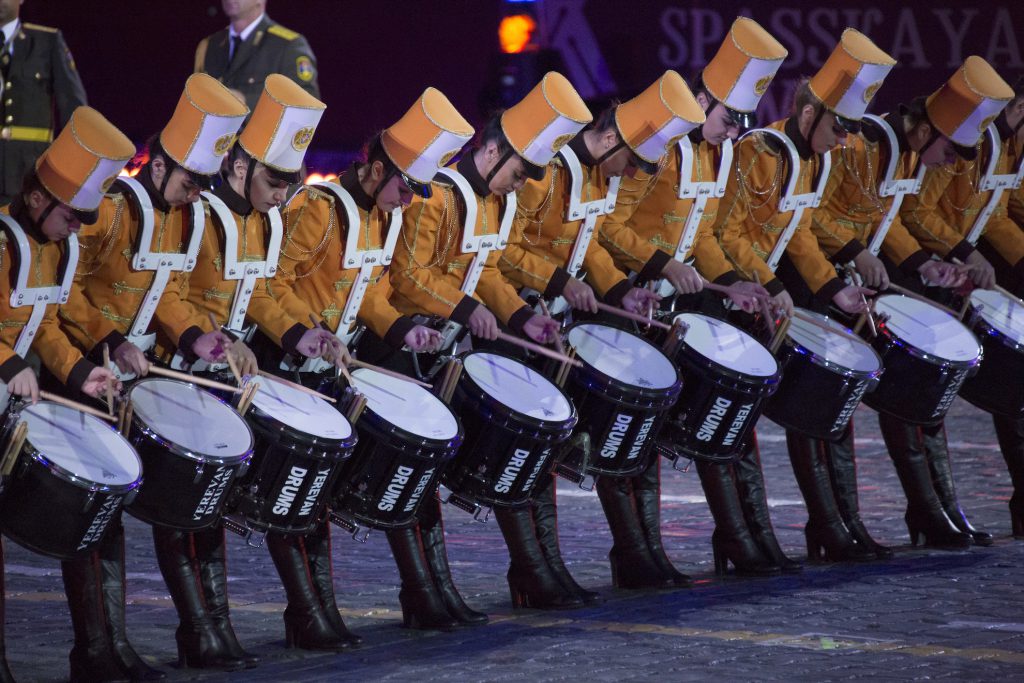 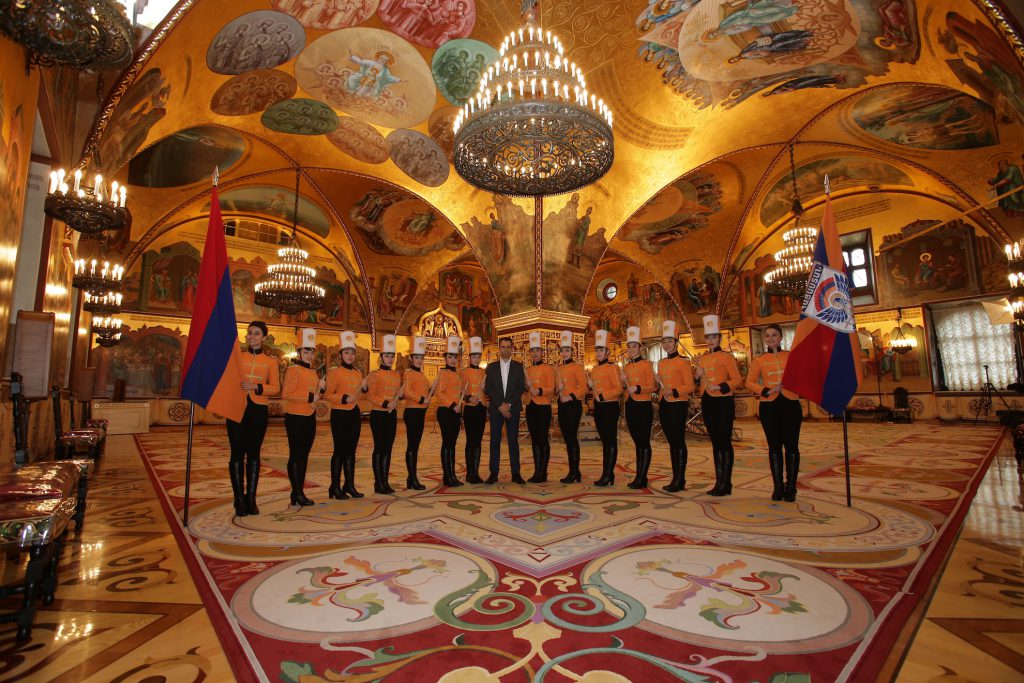 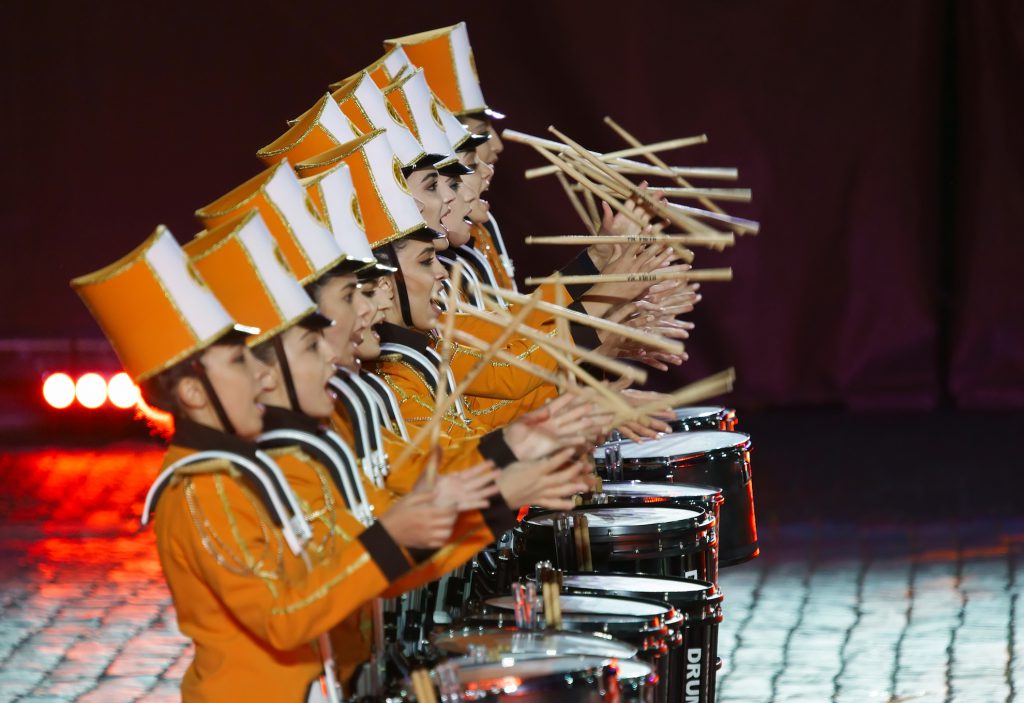 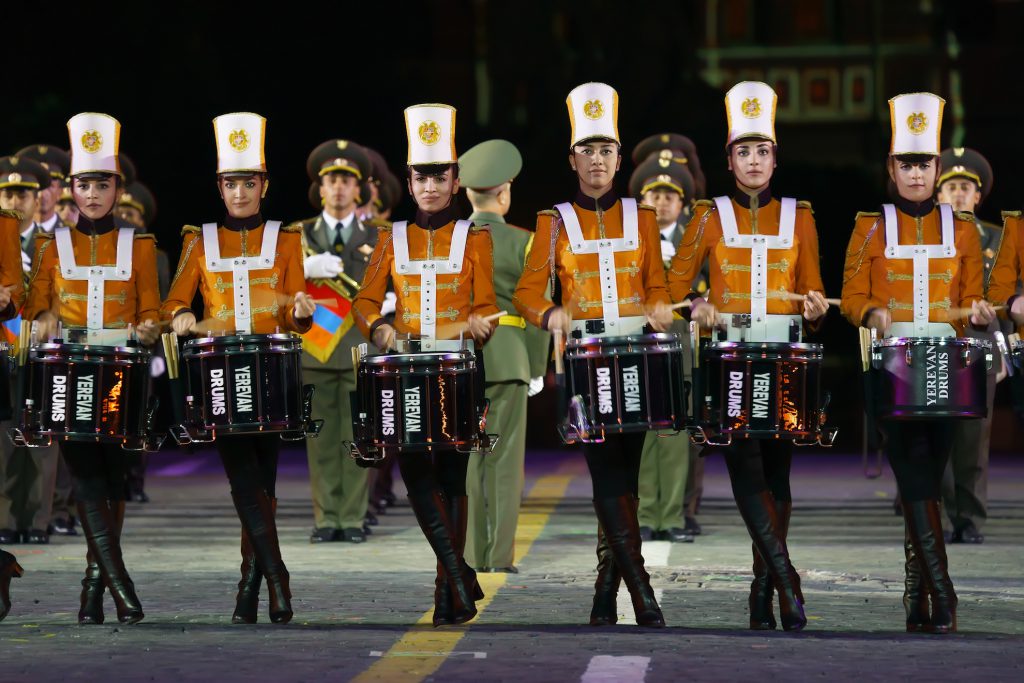 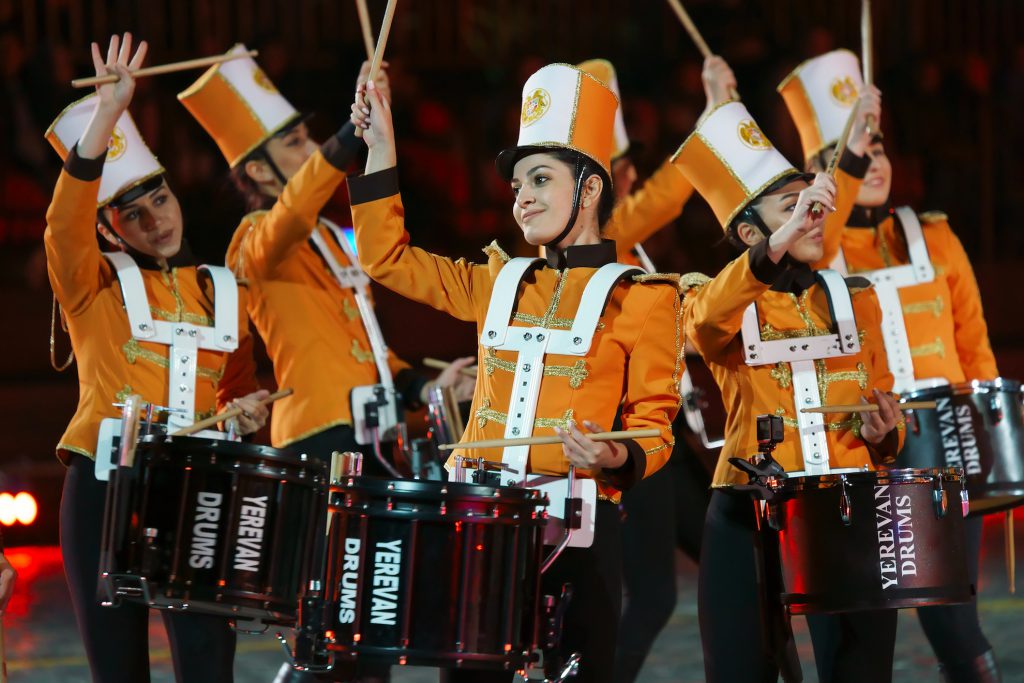 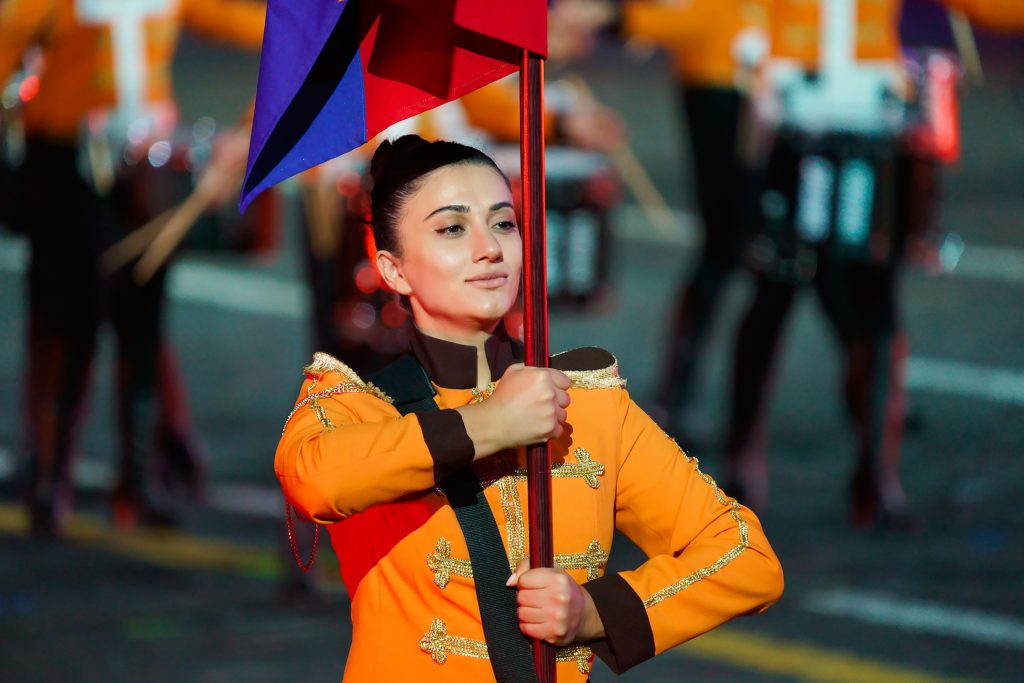 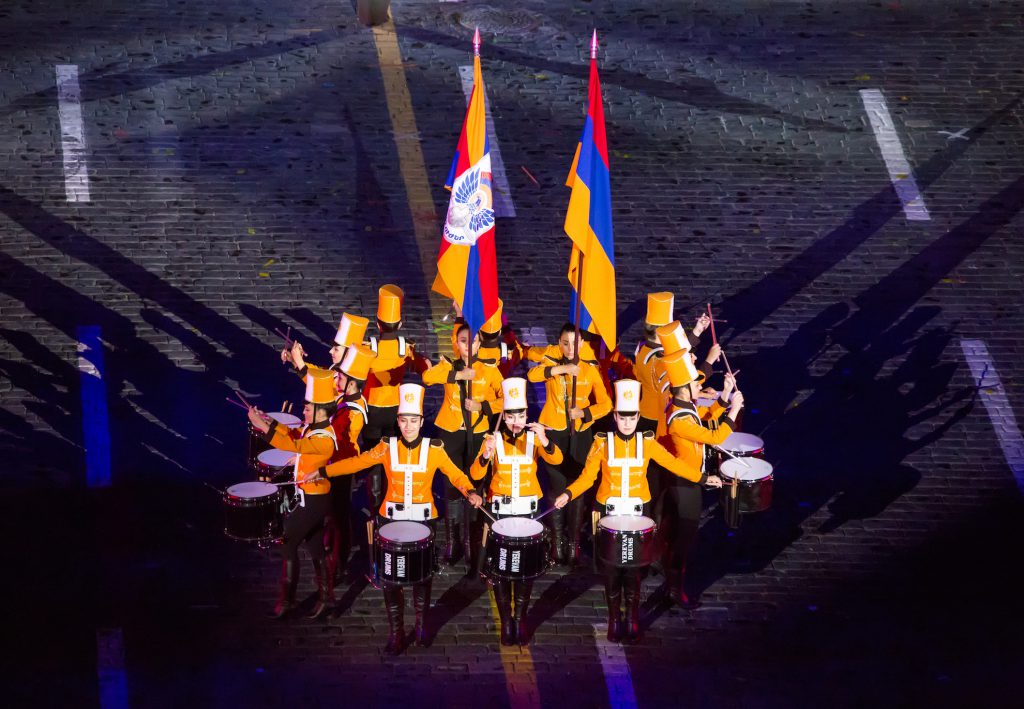 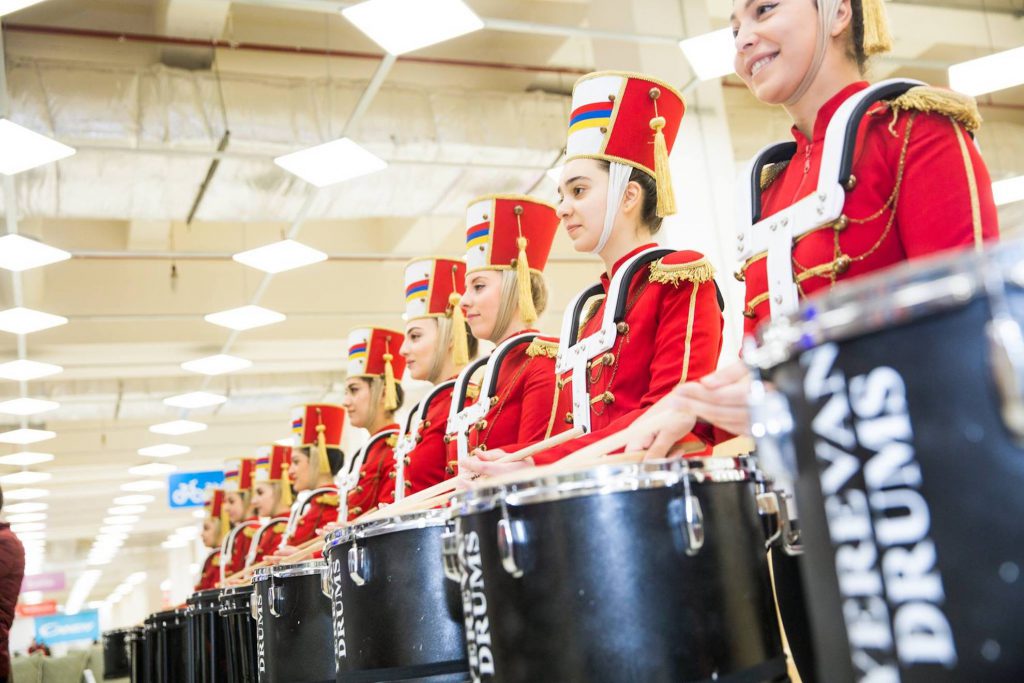 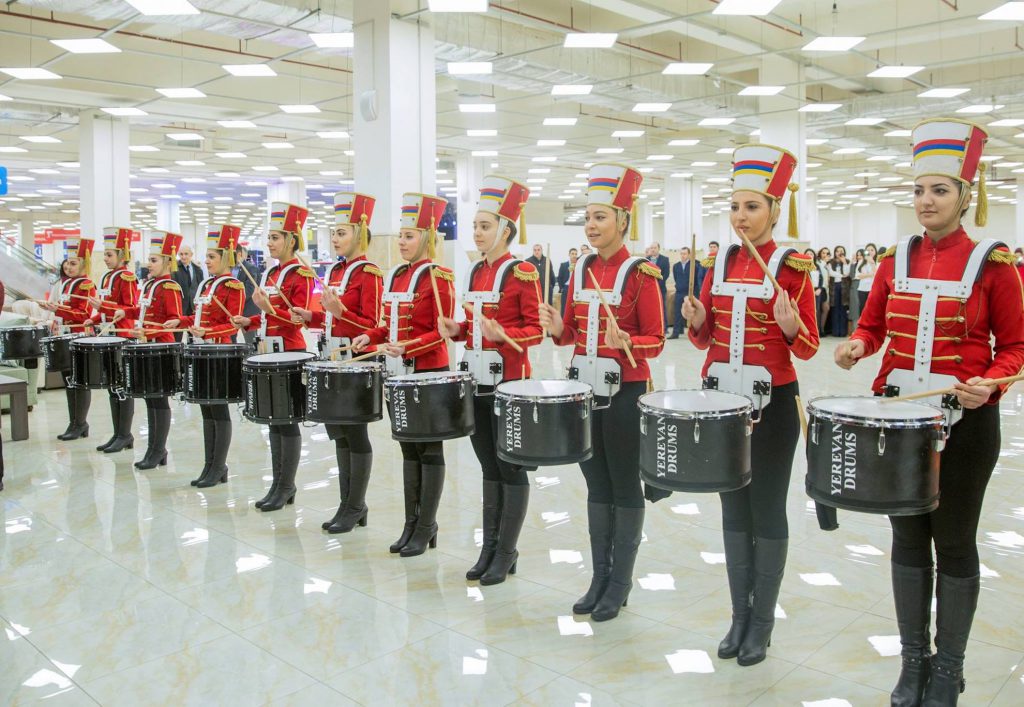 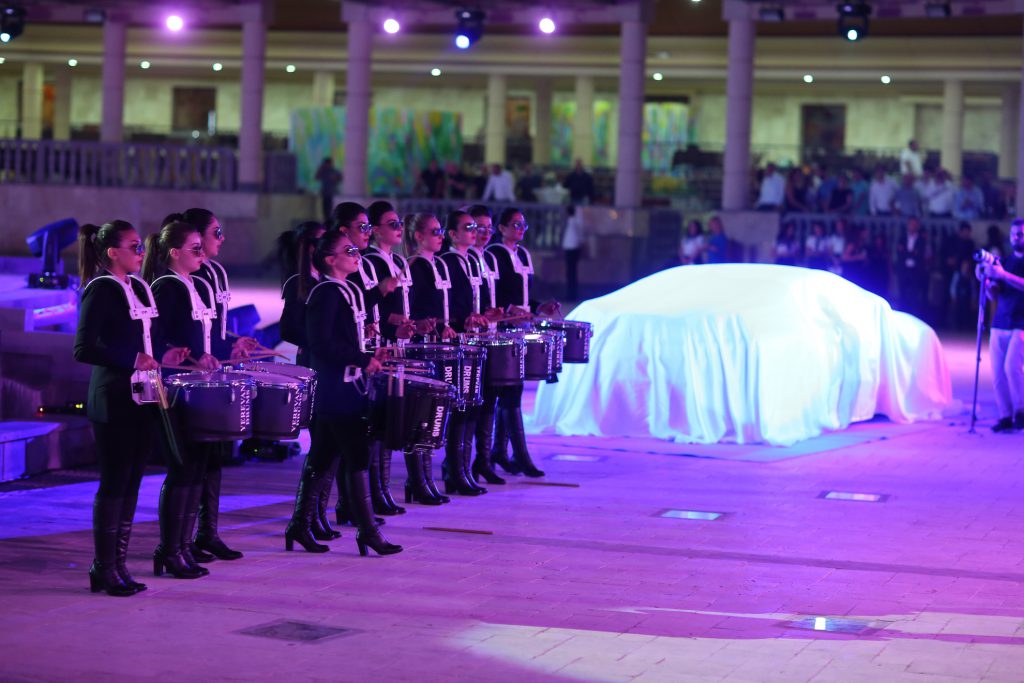 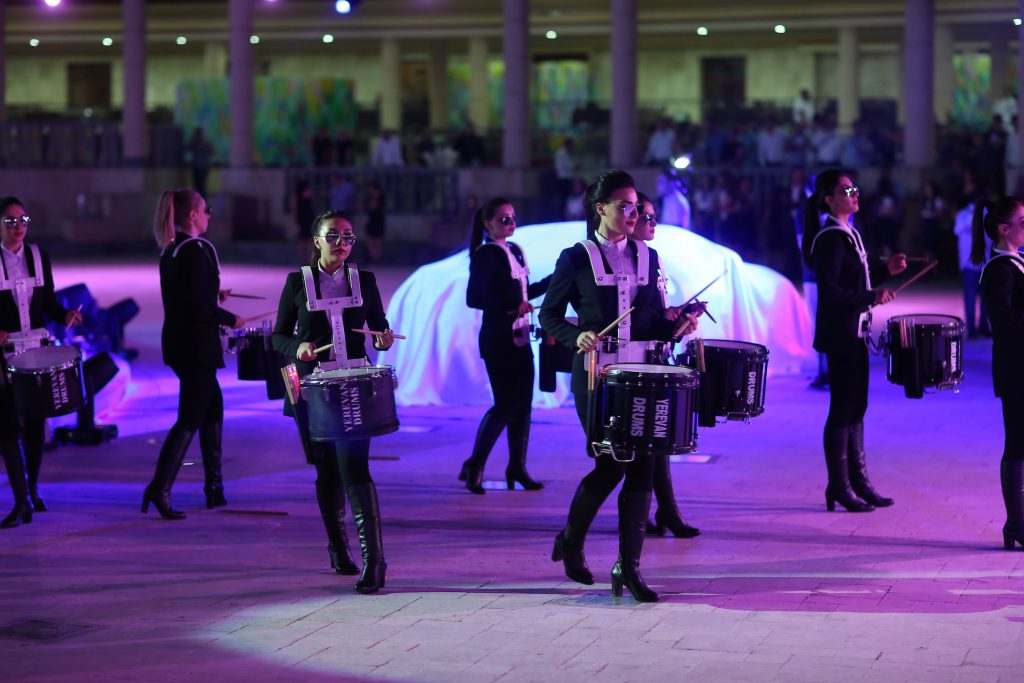 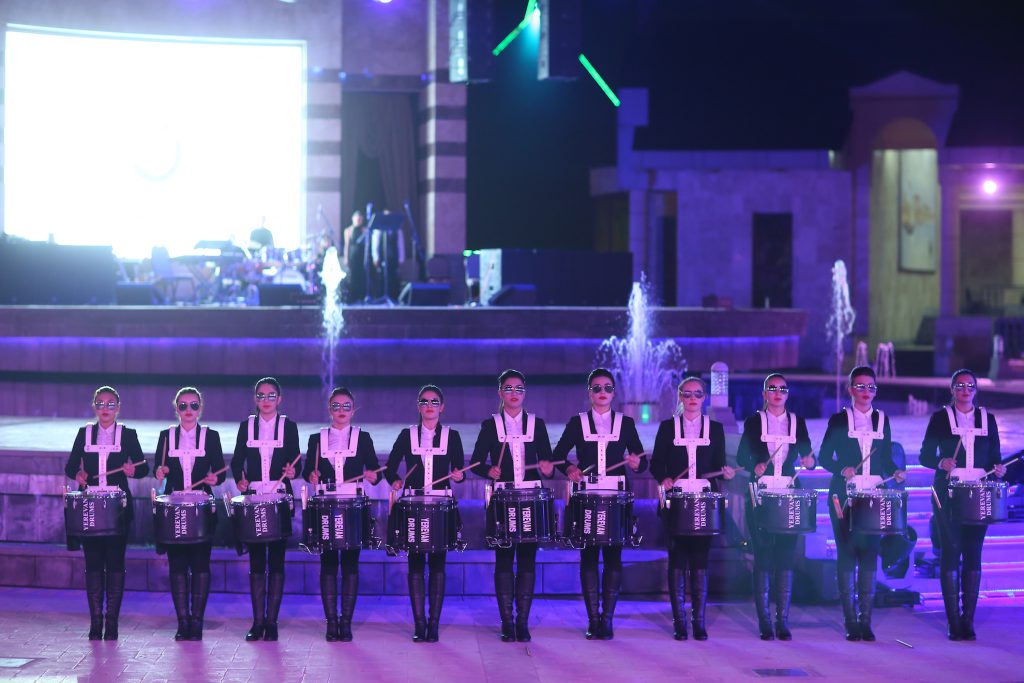 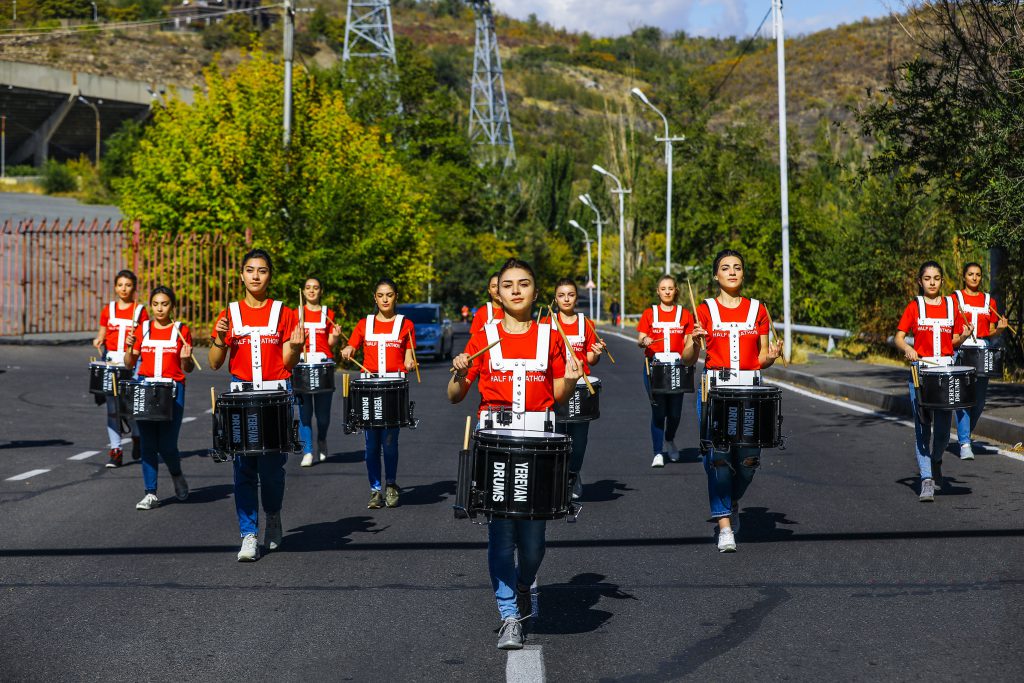